Two weeks to go. TWO WEEKS. This is getting serious, people. 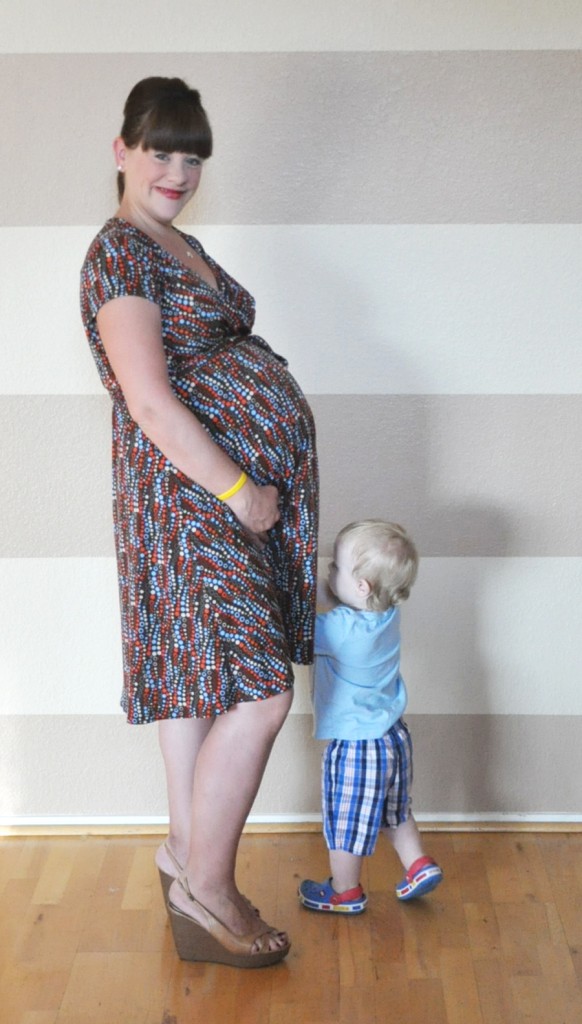 Since my child had no interest in hanging out near me for today’s photo, I lured him close with a set of keys. Works like a charm – every time.

Look different? The belly dropped this week. I see it. Jason sees it. A friend I see once a week saw me last night and said, “WOAH! You dropped.” So, it’s confirmed – whether you see it or not.

What’s also confirmed is that I’ve made no progress. My OB appointment this week was basically the same as two weeks ago. We are closed for business. The bod is still holding on tightly to this babe. And it’s all feeling a little FAMILIAR and FRUSTRATING.

Also, I will have a baby three weeks from today if not before – as I scheduled a c-section for 10/24. BUT… we’re not going to need that appointment, RIGHT?! Because you’re all praying for some action and that this baby comes on his/her own… right?! If not, you’d better start. I’m also accepting any and all suggestions to get things going and/or get the baby to drop. So… hit me.

P.S. – I have my last pre-baby hair appointment today – HALLELUJAH! – Until then, LONG.LIVE.THE.PONYTAIL.